Warning: Parameter 1 to wp_default_styles() expected to be a reference, value given in /homepages/16/d202020116/htdocs/clickandbuilds/HyperfictionNetwork/wp-includes/plugin.php on line 601
 fishing – Mr. Roberts 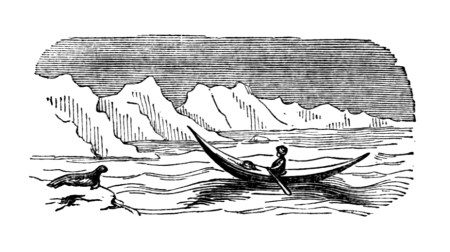 Purpose:
This 30 minute lesson is intended to inform teachers about the ways in which recognizing and addressing student’s cultural needs can require a lot of specific information and active awareness. This is inspired by and based off the essay by Lisa D. Delpit entitled “Skills and Other Dilemmas of a Progressive Black Educator” (PDF).
(Estimated Running Time: 27-33 Minutes)

Teachers will be able to explain the need for active assessment to properly tailor the learning experience to the cultural needs of students by examining, researching and writing about an object and the cultural knowledge needed to identify and understand its use.

What factors might keep a student from being successful in a proven methodology?

(5-8 Minutes)
Delpit explains that skills-based learning is intended to take provide students the means to translate their knowledge into commonly accepted forms. She implies that fluency-based learning grants students the opportunity to explore and create self-motivated opportunities for learning.

“I bet people could learn a lot from watching you fish,” said one of the other fisherman. This gave the world’s greatest fisherman an idea. He could travel the world and spread his knowledge of fishing to every corner of the globe, and then everyone would be able to eat like kings.

Knowing that fishermen listen best to other fisherman they respected, he decided he would go out and challenge the best fisherman in each place and, once he had earned his respect and shown how great a fisherman he was, they would listen and tell others, teaching them everything they needed to know.

Next, the fisherman headed north to the frozen tundra where food was scarce. He found a renowned ice fisherman in the village ice house. He challenged the fisherman, showing him his rod and his reel, his tackle-box and waders, his bait and his bucket. He showed him how to cast his line and patiently wait. But the ice fisherman just laughed. “That won’t work here,” he explained. “The ice stays frozen all winter and weather is too cold to stand outside cutting and fishing in big holes. We stay in huts with small holes cut deep into the lakes and catch all the fish we need with patience.” The fisherman was disappointed that the ice fisherman didn’t like what he had shown him. Clearly he knew other ways to fish.

Finally, the fisherman headed back home. As he got closer, the towns that he stopped in grew more receptive to his teaching.

In one small town he found an orphan boy and decided he would teach him to fish like a king. He called the boy over, showing him his rod and his reel, his tackle-box and waders, his bait and his bucket. He showed him how to cast his line and patiently wait. But the just looked at him like he was crazy. “I’m sorry, mister, but I don’t have the money for all your fancy tools. Besides, why would I waste my money on that when I already know how to tickle a trout and catch it with my bare hands?” The fisherman was dumbfounded. He was shocked the boy could catch a fish like that.

When he returned home, the fisherman told all his friends what he had seen. There were dozens of ways to fish, and not everything he knew would work in every case. Moreover, the fisherman found himself changing how he fished, using some of the things he had learned to be an even better fisherman.

In this story, the fisherman was a master of his modality, fishing with a rod and reel in rivers. Why wasn’t he successful in bringing his technique into other realms? What sort of reasons did the other fisherman and the orphan boy give for his techniques not working?

(4-5 Minutes)
I have here an object (in this case, a lobster cracker and lobster fork, though any culturally specific object would work). Get out a piece of paper and write a paragraph telling me what it is and how you know. Afterward, we’ll come back together and share our object and how you know.

Allow students to share their explanations, then explain what it the object really is. Follow up with some or all of the following questions:

(10 Minutes)
Select a number of other objects or photos of objects that are culturally relevant, obscure, and unique. You cn duplicate items or photos, but definitely have a variety.

Choose one of these objects/photos that you don’t recognize. Take a minute to do the same thing we just did, telling me what you think it is and how you know. Then hop on google, figure out what it is and write that as well. If you’re having trouble, I’ll help you find the object. Finally, add a third paragraph explaining three ways in which someone could’ve learned this and why it is or is not be obvious to people who don’t have this background.

(5 Minutes)
Collect assignments and grade based on whether they recognized valid cultural/economic deficiencies for their chosen object.

Delpit’s argument is essentially that not everyone has the same resources at their disposal and will react differently to different techniques based on their needs. All of our techniques are meant to “teach a man to fish,” so to speak, but different students will need different techniques based on their circumstances. Experimenting with fluency-based learning, in this case exploration of the object, can be fun and might even be partially successful, as some of you could infer your objects based on other factors. Skills-based learning, in this case represented by looking up the objects, can provide us the tools effectively deal with an area with which we’re unfamiliar. Either way, it’s most important to recognize the deficiencies in our model and adjust to the needs of the students.